About a week before Christmas the family bought a new nativity scene. When they unpacked it they found 2 figures of the Baby Jesus. "Someone must have packed this wrong," the mother said, counting out the figures. "We have one Joseph, one Mary, three wise men, three shepherds, two lambs, a donkey, a cow, an angel and two babies. Oh, dear! I suppose some set down at the store is missing a Baby Jesus because we have 2."

"You two run back down to the store and tell the manager that we have an extra Jesus. Tell him to put a sign on the remaining boxes saying that if a set is missing a Baby Jesus, call 7126. Put on your warm coats, it's freezing cold out there."

The manager of the store copied down mother's message and the next time they were in the store they saw the cardboard sign that read, "If you're missing Baby Jesus, call 7126." All week long they waited for someone to call. Surely, they thought, someone was missing that important figurine. Each time the phone rang mother would say, "I'll bet that's about Jesus," but it never was.

Father tried to explain there are thousands of these scattered over the country and the figurine could be missing from a set in Florida or Texas or California. Those packing mistakes happen all the time. He suggested just put the extra Jesus back in the box and forget about it.

"Put Baby Jesus back in the box! What a terrible thing to do," said the children. "Surely someone will call," mother said. "We'll just keep the two of them together in the manger until someone calls."

When no call had come by 5:00 on Christmas Eve, mother insisted that father "just run down to the store" to see if there were any sets left. "You can see them right through the window, over on the counter," she said. "If they are all gone, I'll know someone is bound to call tonight."

"Run down to the store?" father thundered. "It's 15 below zero out there!"

"Oh, Daddy, we'll go with you," Tommy and Mary began to put on their coats. Father gave a long sigh and headed for the front closet. "I can't believe I'm doing this," he muttered. Tommy and Mary ran ahead as father reluctantly walked out in the cold. Mary got to the store first and pressed her nose up to the store window. "They're all gone, Daddy," she shouted. "Every set must be sold."

"Hooray," Tommy said. "The mystery will now be solved tonight!"

Father heard the news still a half block away and immediately turned on his heel and headed back home. When they got back into the house they noticed that mother was gone and so was the extra Baby Jesus figurine. "Someone must have called and she went out to deliver the figurine," my father reasoned, pulling off his boots. "You kids get ready for bed while I wrap mother's present."

Then the phone rang. Father yelled "answer the phone and tell 'em we found a home for Jesus." But it was mother calling with instructions for us to come to 205 Chestnut Street immediately, and bring three blankets, a box of cookies and some milk. "Now what has she gotten us into?" my father groaned as we bundled up again. "205 Chestnut. Why that's across town. Wrap that milk up good in the blankets or it will turn to ice before we get there. Why can't we all just get on with Christmas? It's probably 20 below out there now. And the wind is picking up. Of all the crazy things to do on a night like this."

When they got to the house at 205 Chestnut Street it was the darkest one on the block. Only one tiny light burned in the living room and, the moment we set foot on the porch steps, my mother opened the door and shouted, "They're here, Oh thank God you got here, Ray! You kids take those blankets into the living room and wrap up the little ones on the couch. I'll take the milk and cookies."

"Would you mind telling me what is going on, Ethel?" my father asked. "We have just walked through below zero weather with the wind in our faces all the way."

"Never mind all that now," my mother interrupted. "There isn't any heat in this house and this young mother is so upset she doesn't know what to do. Her husband passed away and those poor little children will have a very bleak Christmas, so don't you complain. I told her you could fix that oil furnace in a jiffy."

My mother strode off to the kitchen to warm the milk while my brother and I wrapped up the five little children who were huddled together on the couch. The children's mother explained to my father that her husband had  passed away and she had had to sell almost every piece of furniture and many of their belongings they had to make end meet, but she had been doing all right until the furnace broke down.

"I been doin' washin' and ironin' for people and cleanin' the five and dime," she said. "I saw your number every day there, on those boxes on the counter. When the furnace went out, that number kept going' through my mind. 7162 7162. Said on the box that if a person was missin' Jesus, they should call you. That's how I knew you were good Christian people, willin' to help folks. I figured that maybe you would help me, too. So I stopped at the grocery store tonight and I called your misses. I'm not missin' Jesus, mister, because I sure love the Lord. But I am missin' heat. I have no money to fix that furnace."

"Okay, Okay," said father. "You've come to the right place. Now let's see. You've got a little oil burner over there in the dining room. Shouldn't be too hard to fix. Probably just a clogged flue. I'll look it over, see what it needs."

Mother came into the living room carrying a plate of cookies and warm milk. As she set the cups down on the coffee table, I noticed the figure of Baby Jesus lying in the center of the table. It was the only sign of Christmas in the house. The children stared wide-eyed with wonder at the plate of cookies my mother set before them.

Father finally got the oil burner working but said, "You need more oil. I'll make a few calls tonight and get some oil. Yes sir, you came to the right place", father grinned.

On the way home father did not complain about the cold weather and had barely set foot inside the door when he was on the phone. "Ed, hey, how are ya, Ed?"

"Yes, Merry Christmas to you, too. Say Ed, we have kind of an unusual situation here. I know you've got that pick-up truck. Do you still have some oil in that barrel on your truck? You do?"

By this time the rest of the family were pulling clothes out of their closets and toys off of their shelves. It was long after their bedtime when they were wrapping gifts. The pickup came. On it were chairs, three lamps, blankets and gifts. Even though it was 30 below, father let them ride along in the back of the truck. No one ever did call about the missing figure in the nativity set, but as I grow older I realize that it wasn't a packing mistake at all.

Jesus saves, that's what He does. 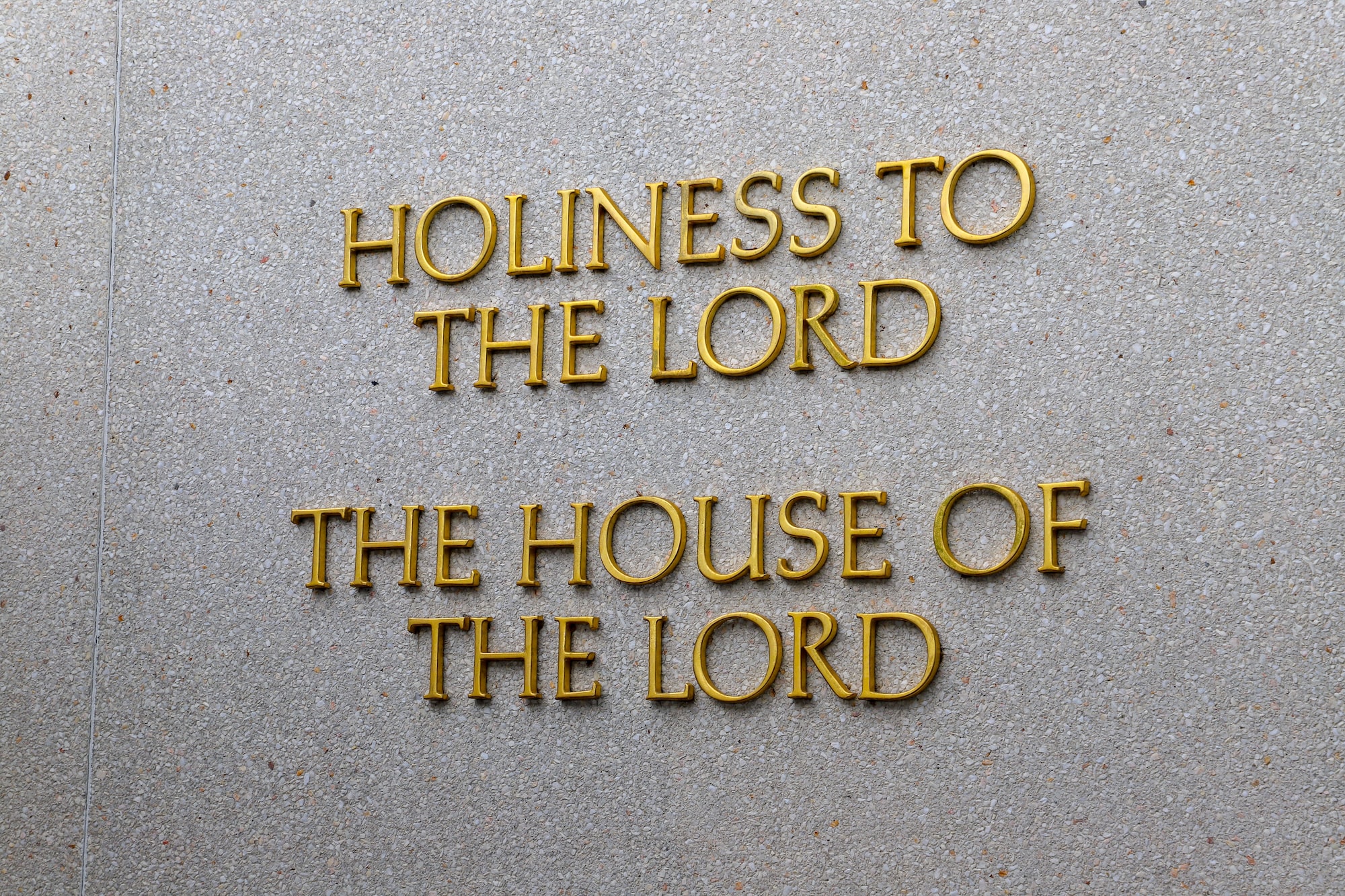 One the ninth day of Christmas your 8th Ward brought to you… A fun announcement about the new Lindon Temple Location. 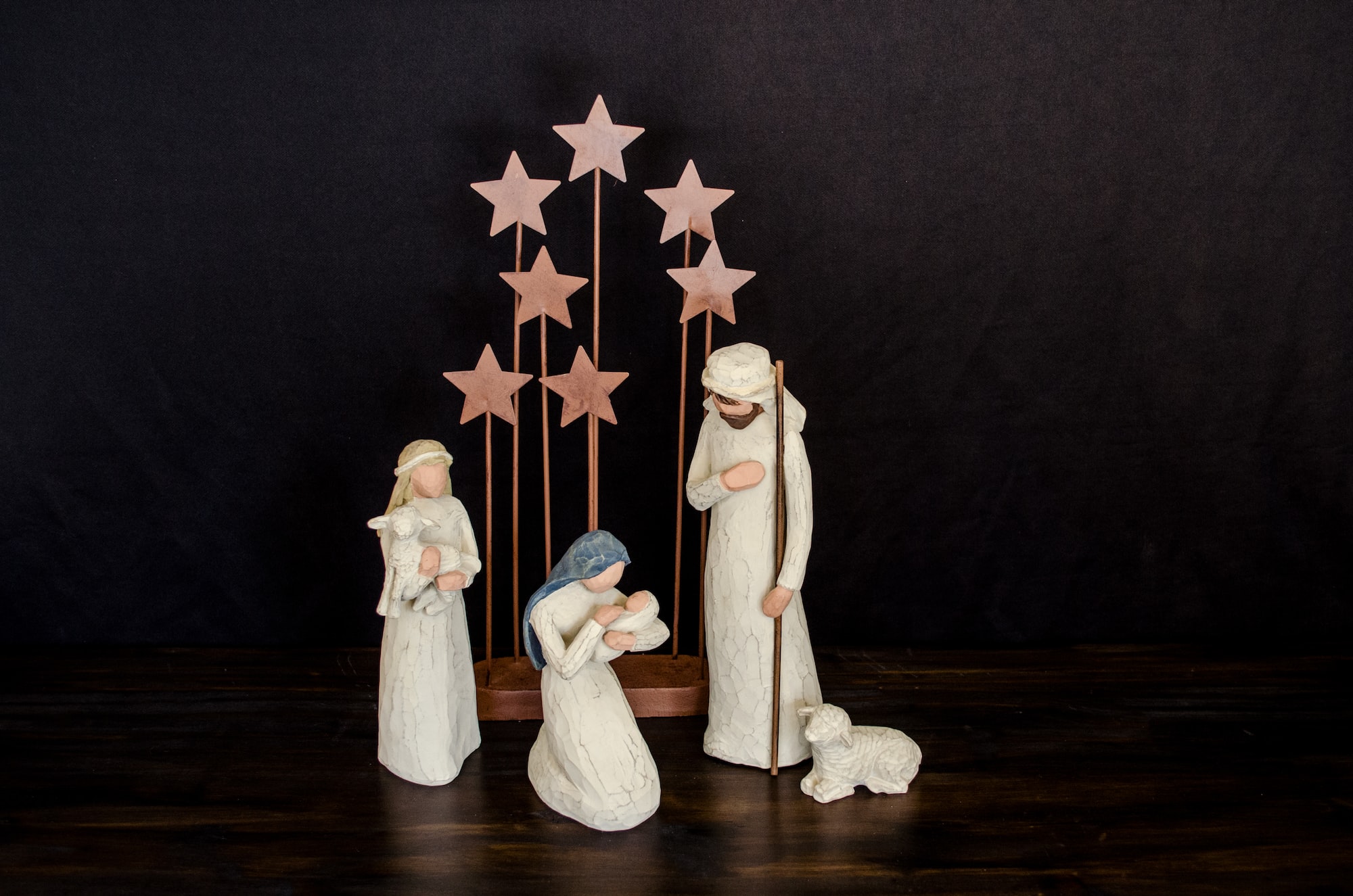